Have I told you how much I LOVE cookbooks? I like all books in general, but ever since getting an iPad I've downloaded all reading books. But not cookbooks. Those are meant to be in hard copy. One of the first few Paleo cookbooks I purchased was Well Fed by Melissa Joulwan. What made this cookbook different from the others ones I bought were the recipes were unique. I'm all about experiencing cuisines from around the world and this cookbook definitely had that flair. So if you haven't purchased this cookbook, go get it! You can never have enough cookbooks! Plus, I think she may have another one in the works?

A few nights ago I decided I wanted to make this recipe again and I thought I had purchased all the ingredients awhile ago.. however I was WRONG. So I used what I had and it still came out fabulous. Plus, you can't go wrong with a recipe that has lamb in it.

Here's my version - which I renamed Spanish meatballs because I used cilantro and fennel bulb - both which probably have nothing to do with Spain, but who cares. Oh... the other great thing about this recipe is it's all made in one pot! 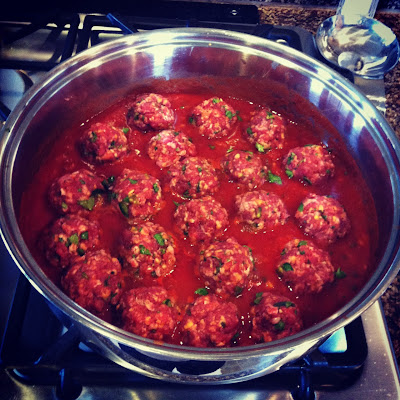 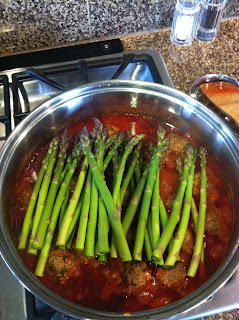 In a large mixing bowl combine all of the meatball ingredients except the lamb. Then crumble in the lamb and mix through completely with your hands. Form the meat mixture into meatballs and set aside. (I like large meatballs, so I used about 2 tbsp of lamb per meatball.)

Heat the coconut oil in a deep skillet and add the onion, fennel and garlic and saute until soft. Add the spices and stir for about 30 seconds. Add the can of tomatoes, water, tomato paste and cilantro and mix thoroughly. You might have to smash down the diced tomatoes slightly.

Let me know what you think if you make this :) 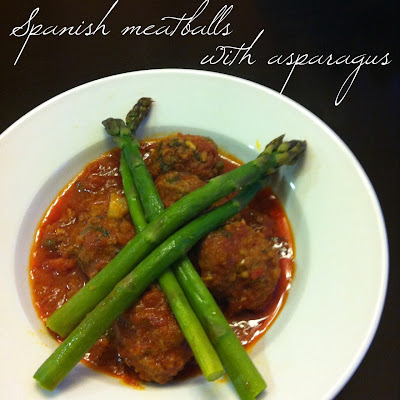